As we think of educating our children, what aspects are we considering for our children to learn or develop that would be meaningful for them as well as for the world around them? How could we provide them with such an education that takes care of all these aspects?

Einstein had once quoted: “Everybody is a genius. But if you judge a fish by its ability to climb a tree, it will live its whole life believing that it is stupid.” This philosophy is well explained by Howard Gardner in his theory of multiple intelligences that suggests that there are a number of distinct forms of intelligence that each individual possesses in varying degrees. Gardner, a developmental psychologist and professor of Cognition and Education at the Harvard Graduate School of Education, in his book Frames of Mind, addresses the need to teach children thoroughly in each of these intelligences: verbal / linguistic, logical / mathematical, body / kinesthetic, visual / spatial, musical / rhythmic, interpersonal / intrapersonal and naturalistic. He argues against judging children’s intelligence on only one or two of these areas, as each person processes information in several different, independent ways.

Aarambh has been focussing on the education of the whole child, and fosters multiple intelligences through a comprehensive system of education. Here, the teachers aim to teach children in each of the seven intelligences while recognizing individual children’s gifts in these areas. Let us take a look at how the education at Aarambh focuses on the different forms of intelligence. 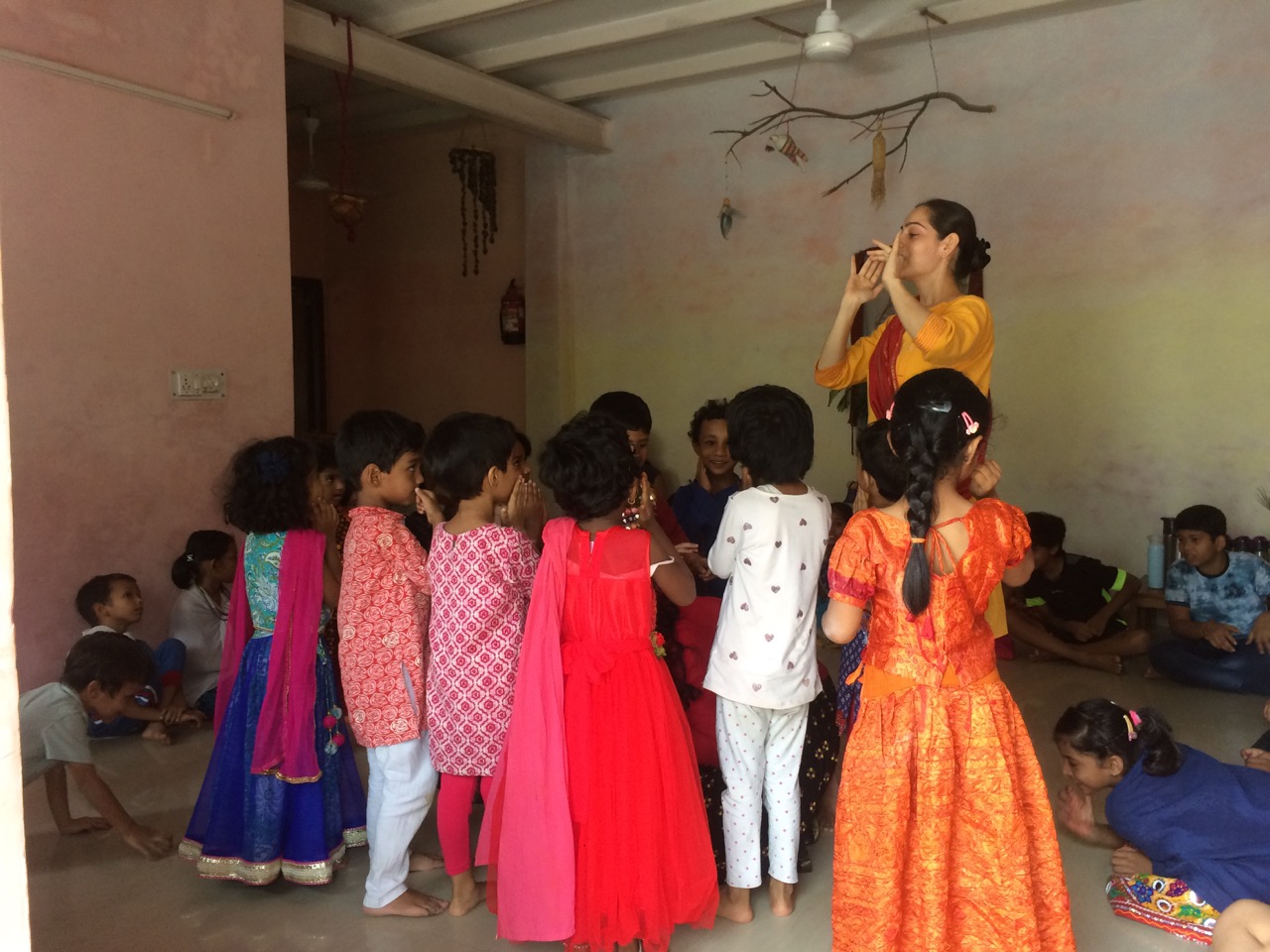 Most of the concepts (irrespective of different subjects) at Aarambh, are taught through narrating stories and singing songs, and so children get acquainted with the speech as well as vocabulary from a young age. As children begin to learn the alphabet, the teacher would engage them in several word games, tongue twisters and alliteration so as to deepen their understanding of any particular sound and learn new words.

As any new learning best takes place when concepts are learnt from the known to the unknown, language is introduced to the children at Aarambh by beginning with working on the listening and speaking part, then to the writing, followed by the reading part. So, when children have learned to recite a verse by heart through reciting it for many days, then the teacher would write it on the board for children to know how to write that verse. This way, they get acquainted with the script of the words that helps gradually build their reading skills, after which they would also start reading texts with much ease.

Across all the grades, children create their own textbooks, by writing and illustrating by themselves. Children are encouraged to be creative as they write on it along with colourful drawings, and it becomes a unique representation of each child as they move through grades. 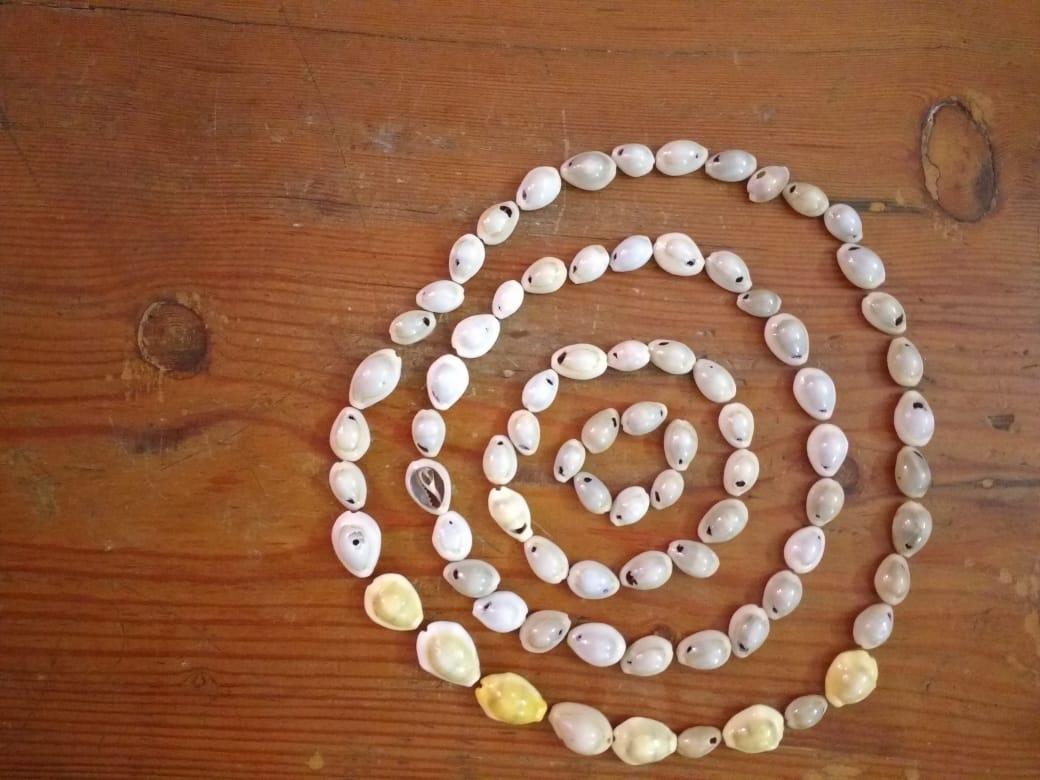 Maths is revealed to the children as a useful and real part of everyday life that makes the children connected and interested in the subject. In grade 1 & 2, the children are taught through imagination and application, and not through memorization. Each number from 0-12 is introduced through an imaginative story and the concrete understanding of the numbers takes place through experiencing it through movements and objects. After the numbers, the four processes are introduced through stories for each process in a characteristic fashion, and the children grasp the concepts through their feeling for the process. Each child is provided with shells/seeds in a pouch for learning to add, subtract, multiply and divide. 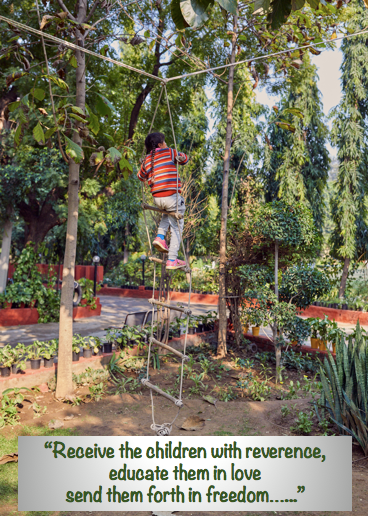 Body/ Kinesthetic intelligence is related to fine and gross motor skills, eye/hand coordination, dexterity or agility, balance and body awareness. Well developed intelligence in this area can make a person excel in sports, dance, sculpture or become a talented surgeon. 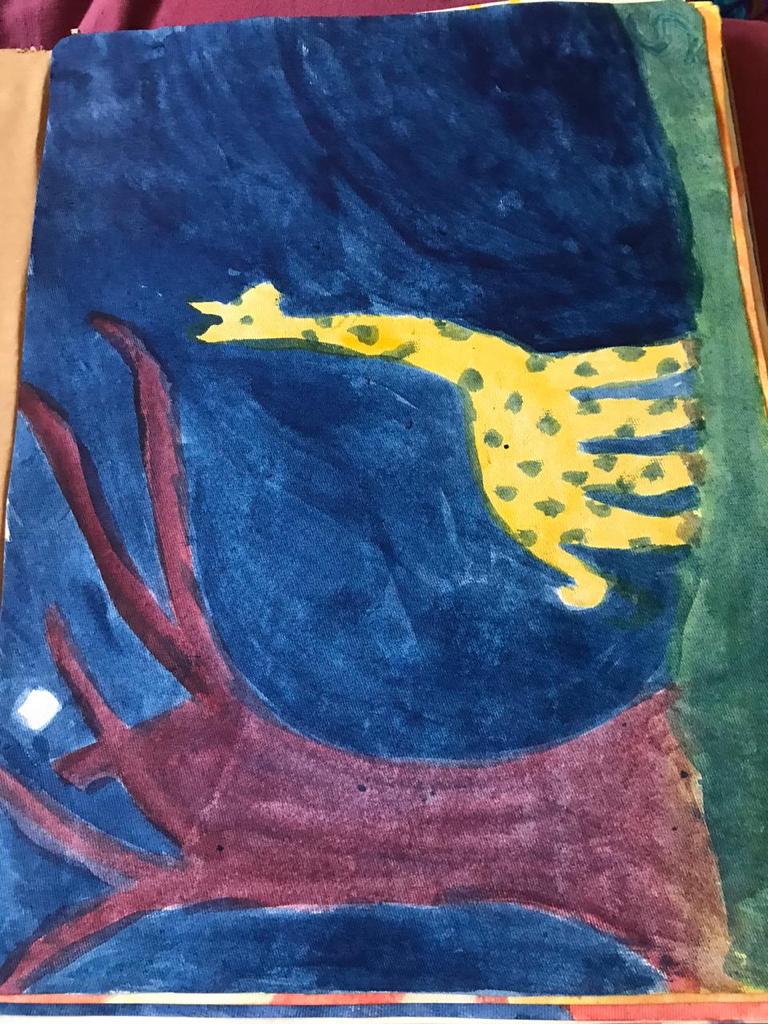 Children are by nature active and energetic, and so by learning through movements let them learn deeply and enjoy their subjects more. Movements is an important component of Aarambh curriculum. Children begin their day by doing several age-appropriate movements. Besides, children get to do hurdle walks, nature walks, skipping, painting, handwork, working with plants, enacting the stories, tossing bean bags, throwing balls, moving their bodies in sync with singing, and tapping and clapping while reciting multiplication tables; all as part of the curriculum. All these movements help develop the kinesthetic intelligence of the children. 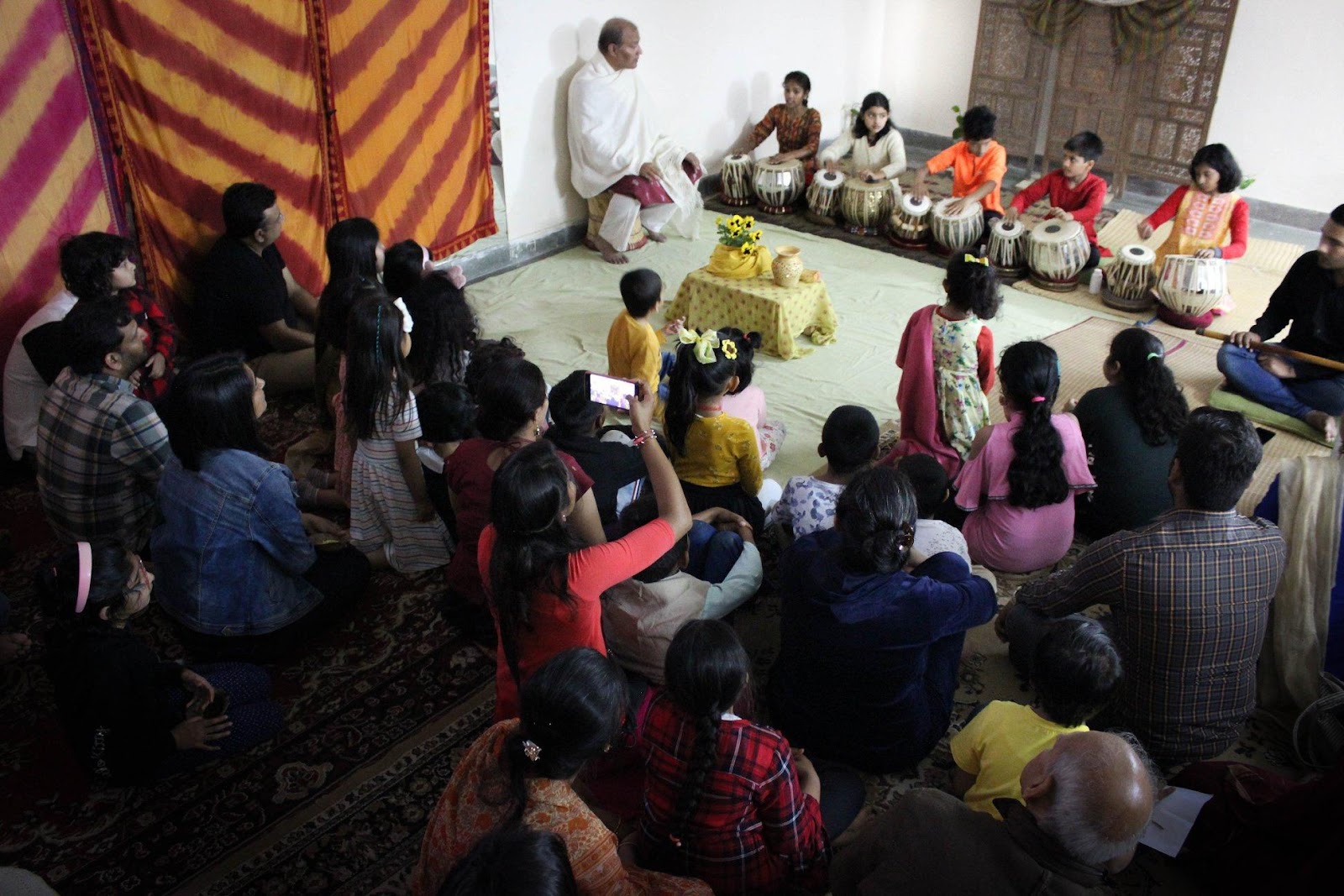 Each day at Aarambh is set in a rhythm that is planned with alternate breathing in and breathing out sessions. The day begins with a breathing out session,i.e., when the children are involved in outdoor movements, after which the main lesson takes place that requires focussed attention that makes for a breathing-in session. Followed by this, breathing out moment takes place  when children go out for play, and after which breathing in moment takes place when the lesson of language/maths/geography/history and then painting/handwork/form drawing takes place. Moreover, each lesson involves a rhythm in which children do not sit for long hours listening to the teacher’s lecture, but they are involved in movements, singing and hands-on learning experiences planned within the lesson, that makes the learning more joyful. 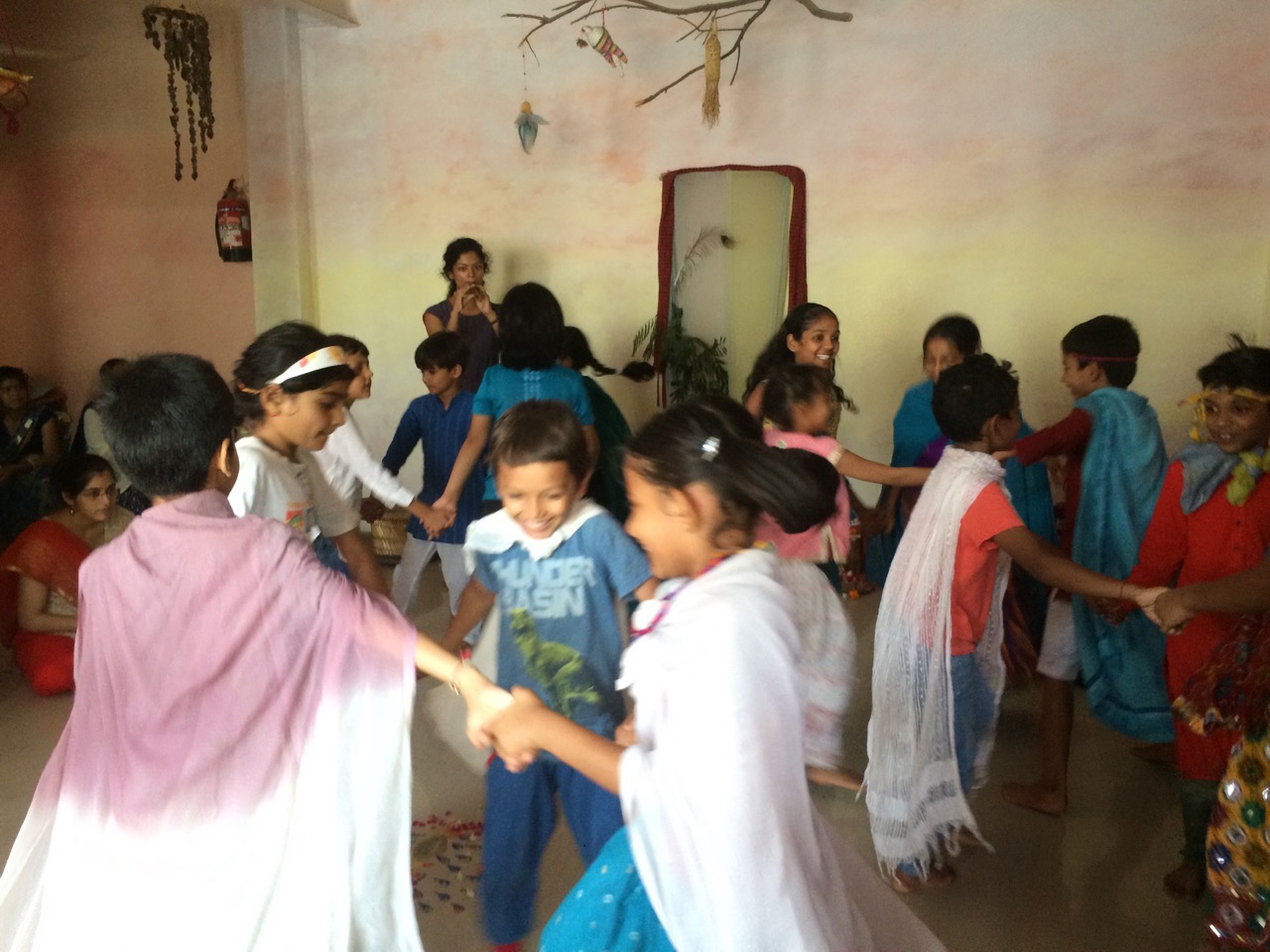 One of the most important contributors for cultivating these two intelligences is the structure of the classroom, where children remain with the same teacher and the same group throughout the primary grades. Children interact with the unique personality of their peers along with the unique personality of their main lesson teacher for many years, and they collaboratively learn to regulate impulse, manage conflicts and understand different types of personalities. 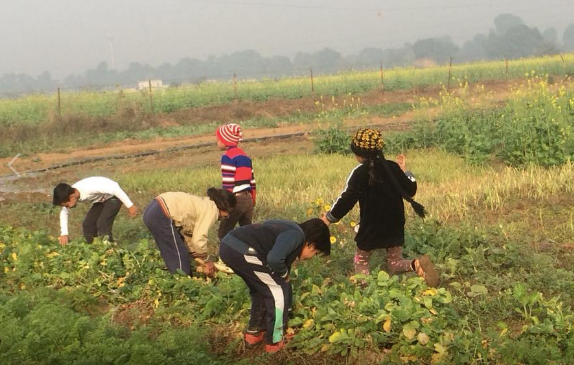 Naturalistic Intelligence is defined as being in tune with nature – able to explore the environment, find patterns, and easily categorise differences. At Aarambh, the children get a good amount of playtime, and they are out in nature many times a day. Nature walks, gardening and playing in the mud are part of their outdoor play time. Grade 1 and 2 children experience animal walks (walking like different animals) during their outdoor movements in the morning. From grade 3 onwards, children also have farming lessons, so they go out to the farm at least once in a week to work there. Most of the time, when weather permits, the classes are also set outdoors.

Aarambh has been working towards educating the whole child by considering learning styles of different forms of intelligence in their teaching. This lets children learn in their own individual ways, and also develop other intelligence gradually at their own pace, making their learning experience more joyful and meaningful.

"Receive the children in reverence, educate them in love, send them forth in freedom."